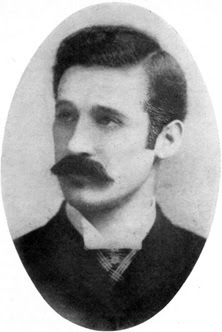 Although January 6th, 1854 has become the traditionally celebrated birthday for Sherlock Holmes, remembered ‘round the world, it sometimes happens that his Boswell’s birth anniversary tends to be forgotten. It does tend to sneak up on one, or get lost in the summer shuffle (if you’re in the Northern Hemisphere.) I know that I neglect it in far more years than I remember to celebrate it, which is unfortunate indeed. Some have argued that the Sherlock Holmes adventures are really the Dr. Watson adventures. Whether that’s true or not, and while it might be true, as Holmes said, that Watson may not himself be luminous, he is certainly a conductor of light, and he deserves to be honored today.

Here's Watson's biography, as assembled from a number of sources, and as it appears at the beginning of every volume of The MX Book of New Sherlock Holmes Stories:

Dr. John Hamish Watson (1852-1929) was born in Stranraer, Scotland on 7 August, 1852. In 1878, he took his Doctor of Medicine Degree from the University of London, and later joined the army as a surgeon. Wounded at the Battle of Maiwand in Afghanistan (27 July, 1880), he returned to London late that same year. On New Year’s Day, 1881, he was introduced to Sherlock Holmes in the chemical laboratory at Barts. Agreeing to share rooms with Holmes in Baker Street, Watson became invaluable to Holmes’s consulting detective practice. Watson was married and widowed three times, and from the late 1880’s onward, in addition to his participation in Holmes’s investigations and his medical practice, he chronicled Holmes’s adventures, with the assistance of his literary agent, Sir Arthur Conan Doyle, in a series of popular narratives, most of which were first published in The Strand magazine. Watson’s later years were spent preparing a vast number of his notes of Holmes’s cases for future publication. Following a final important investigation with Holmes, Watson contracted pneumonia and passed away on 24 July, 1929.

Some people may have celebrated Watson’s birthday already this year, on July 7th. One can see that date tossed around in various places. I believe that’s been used to mistakenly link the event to the death of the first Literary Agent, Sir Arthur Conan Doyle, which took place on the same date in 1930. (But maybe that’s counterweighted by the birth of Edward Hardwicke, one of the better portrayers of Watson, on August 7th, 1932.) 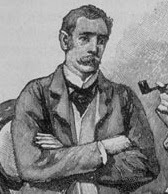 Some people have asked me why August 7th (or 7 August for British readers) was established as Watson’s birthday. I still haven’t tracked that one down. The first place that I ever saw that date mentioned was during my formative years, in the chronology section of William S. Baring-Gould’s biography, Sherlock Holmes of Baker Street. Having been converted to a large degree to Baring-Gouldism at an early age – approximately age ten or eleven years – I’ve always followed B-G’s choice of August 7th. However, in his The Annotated Sherlock Holmes, Baring-Gould refutes July 7th, but doesn't propose August 7th.

I’m not sure, however, of where B-G came up with this August date, or what reasoning he had to support it. I’ll have to do some more research in some of B-G’s other documents. I have a Xeroxed copy of B-G’s original 8½” x 11” document, The Chronological Holmes (1955), wherein he constructed and elaborated upon his timeline, giving his thoughts and reasoning as well. It was based on his earlier chronological exploration that had first been published in a 1948 Baker Street Journal. Over two decades ago, I stood at a copy machine in a nearby university library for a couple hours, feeding dimes into the machine to copy Baring-Gould’s 1955 book, and it has been well worth it! B-G is not the last word on things, but he's usually a great resource. I don't agree with everything that B-G proposed, such as his choice of Watson’s birthplace in Hampshire - I favor Scotland (see below). In many cases, however, B-G is a good jumping-off place. 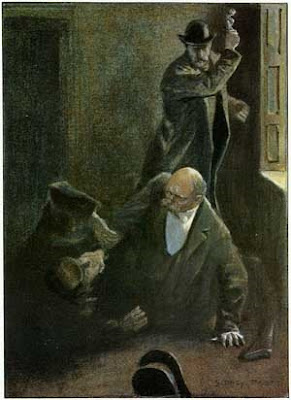 As mentioned, the July 7th Watson birthday seems to have been chosen because it was Doyle’s date of death in 1930, but that seems a little unlikely. In revisiting my copy of the very thin Watson biography, Doctor Watson: Prolegomena to the Study of a Biographical Problem (1931) by S.C. Roberts, I can find a reference to 1852 as the birth year, but nothing about a month. (Roberts also has a mistaken location for Watson's place of birth, and has his middle name as Henry, so some of his other earlier research, conducted just a year or so after Watson's death in 1929, is suspect.) In Michael Hardwick’s longer biography The Private Life of Dr. Watson, (1983) Hardwick uses the July 7th birthday. I agree with a lot of that book, such as nailing down Watson’s birthplace as Stranraer, Scotland, but I don’t agree with Hardwick’s choice of the July 7th birthdate, or his choice of Watson’s middle name – and mother’s maiden name – as Hudson?!? (John Hudson Watson!?! Good grief! That implication that Watson is a Hudson is too close to opening a speculative can of worms along the lines of when Watson courted Lucy Ferrier in the long suppressed play Angels of Darkness. Also, if we’re talking how Holmes met Mrs. Hudson – wherein she was NOT a possible relative of Watson’s or of Morse Hudson or any of the other theories out there – then I favor the explanation from the old television show Young Sherlock: The Manor House Mystery [1982], where Mrs. Hudson – before her marriage – is the housekeeper of Holmes’s distant family, and at the end she’s off to London with her new Hudson husband, so that Holmes was already acquainted with her when he found out that she had rooms to rent in Baker Street in very-late December 1880. But I digress.)

So in the great Bell Curve of opinion, 1852 is the accepted year of Watson's birth. (There are some outliers, such as Michael Harrison, who thought that Watson was actually much older, but 1852 makes the most sense for a number of reasons.) Some may still celebrate July 7th as the actual day, but as for me and my house, we will celebrate the Doctor with extra fondness on this day, August 7th. 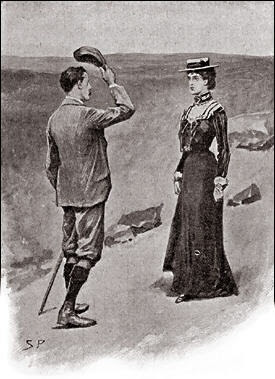 A book could probably be written while simply trying to verify Watson’s birth date, and I’m too busy writing or editing other books, as well as working at that job which funds my life. Therefore, I leave it to other people, and instead, I’ll take a moment or several over the course of today, August 7th, to remember that conductor of light, that Boswell, that husband and doctor and soldier and writer and very best of friends and stormy petrel of crime, that “Good old Watson!”

I hope that you’ll join me. 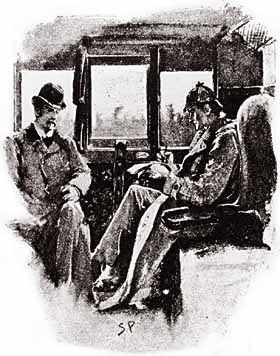 David Marcum plays The Game with deadly seriousness. He first discovered Sherlock Holmes in 1975 at the age of ten, and since that time, he has collected, read, and chronologicized literally thousands of traditional Holmes pastiches in the form of novels, short stories, radio and television episodes, movies and scripts, comics, fan-fiction, and unpublished manuscripts. He is the author of over sixty Sherlockian pastiches, some published in anthologies and magazines such as The Strand, and others collected in his own books, The Papers of Sherlock Holmes, Sherlock Holmes and A Quantity of Debt, and Sherlock Holmes – Tangled Skeins. He has edited over fifty books, including several dozen traditional Sherlockian anthologies, such as the ongoing series The MX Book of New Sherlock Holmes Stories, which he created in 2015. This collection is now up to 21 volumes, with several more in preparation. He was responsible for bringing back August Derleth’s Solar Pons for a new generation, first with his collection of authorized Pons stories, The Papers of Solar Pons, and then by editing the reissued authorized versions of the original Pons books. He is now doing the same for the adventures of Dr. Thorndyke. He has contributed numerous essays to various publications, and is a member of a number of Sherlockian groups and Scions. He is a licensed Civil Engineer, living in Tennessee with his wife and son. His irregular Sherlockian blog, A Seventeen Step Program, addresses various topics related to his favorite book friends (as his son used to call them when he was small), and can be found at http://17stepprogram.blogspot.com/ Since the age of nineteen, he has worn a deerstalker as his regular-and-only hat. In 2013, he and his deerstalker were finally able make his first trip-of-a-lifetime Holmes Pilgrimage to England, with return Pilgrimages in 2015 and 2016, where you may have spotted him. If you ever run into him and his deerstalker out and about, feel free to say hello!

His Amazon Author Page can be found at:

and at MX Publishing:

Posted by A Seventeen Step Program at 7:34 AM